A downloadable game for Windows

No Outlet is a Yume Nikki fangame that was created for the 2017 Dream Diary Jam. You play as Mint, a young lady who uses her bedroom cabinet to wander around in other people's dream worlds collecting "spells" and disturbing private spaces.

No Outlet Version 0.00 is a rough draft with a number of bugs. The player's indulgence is begged, their patience appreciated but not expected. An updated version is planned for some vague later time in 2017.

The RPG Maker 2003 Run Time Package (RTP) is required to play this game. Download the RTP for free here: http://www.rpgmakerweb.com/dow...

To run this game, extract the zip file, open the unzipped game folder, and double-click on the RPG_RT.exe application. The game should launch in windowed mode. Control keys are default.

Cool! Although... I have to play it till  I get my Norton next year...

You could make the game work without the RTP.

Here is a line of text you put in the RPG_RT.ini: FullPackageFlag=1.

However, the line only works for RM2K and RM2K3.

I got bombarded with several Not Implemented errors when trying to leave the right of the mountainous area shown in the second screenshot. Every other area I can access appears to work fine without crashing.

Hmm, interesting. It appears to work fine for me. After doing some research, I think the error might occur because the area to the right has an mp3 file for background music (and thence perhaps something about audio codecs)? I'll look into this further. Thanks for the note!

Ahh. I think I had that happen to me once on a different game, but it only really triggered the one error message before crashing. I fixed it by running the affected mp3 through Audacity and making the bitrate constant instead of variable (i.e.- re-exporting it). If I knew which filename the song that's meant to play was I'd give fixing it a shot on my end (or just go through all of the mp3s one by one).

I don't know if RM2003's incompatibility with variable bitrate files has anything to do with codecs, though, or why it only seems to happen to some people when they extract RM2003 games.

The file that's meant to play in the area to the right of the mountainous map is wave2.mp3 in the Music folder. I just re-exported the file in Audacity with a constant bitrate -- the bitrate had been set to "Preset," but honestly I know pretty much nothing about audio stuff, so I don't know if that's something that would affect gameplay or not. Darned confusing. 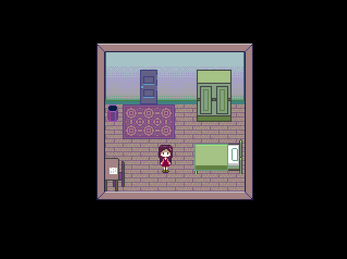 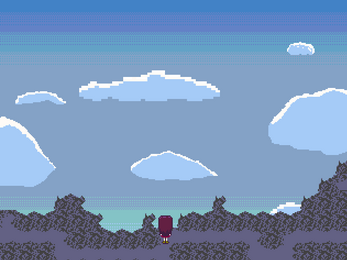 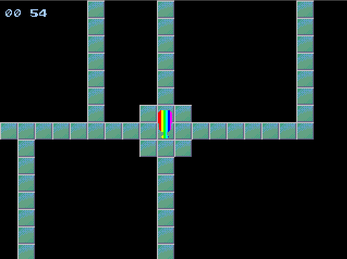 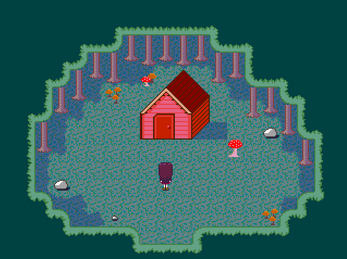